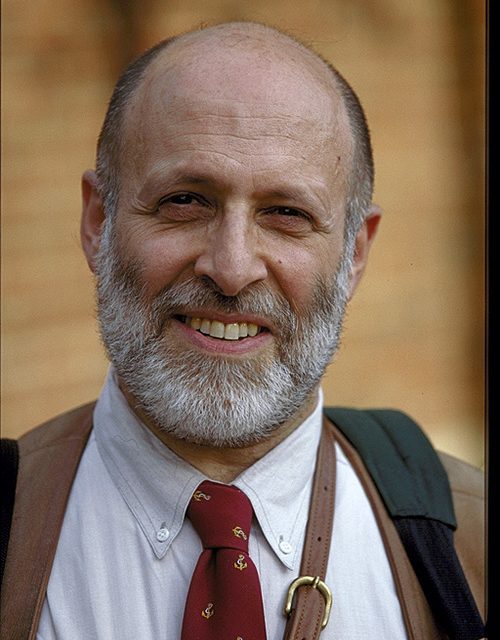 HARVEY SILVERGLATE
This piece was originally published by WGBH News/wgbhnews.org.

The political, cultural and legal turmoil afflicting America today – collectively I call it The Age of Trump – is the nation’s greatest crisis of self-confidence in memory. In terms of far-reaching implications, there are only two episodes that come close: the anti-war movement and general sense of rebellion that drove Lyndon B. Johnson to withdraw his candidacy for reelection in 1968, and the impeachment threat that caused Richard M. Nixon to resign in 1974, followed quickly by his pardon by his successor Gerald R. Ford.

Today’s turmoil, however, is worse than those historic events. Unlike the Vietnam and Watergate eras, the extraordinary election of Donald J. Trump and the attendant investigation into possible Russian interference in the election (an investigation that is, predictably, broadening under the direction of special counsel Robert Mueller) is accompanied by another, closely related, phenomenon – the near total dysfunction of Congress. At the end of any given day, America suffers from two of the three branches of the federal government being out-to-lunch.

This sometimes-frightening state of the union becomes more disturbing when considered in the context of the shocking state of dysfunction and decline of much of the news media — the unofficial “fourth branch” of our national political culture. During the Vietnam and Watergate melt-downs, one could — more often than not — rely on the independent press, and various civil-liberties and civil-rights organizations to report, and sometimes act, with objectivity and hence credibility on significant failures of government. These elements of civil society provided a much-needed stability.

Not so in the Age of Trump. In general, civil society has lost its bearings. Non-governmental mediating institutions – foundations, professional groups, universities — eschew facts. They promote their own parochial narratives. As prisoners of their own narrow self-interest, they fail in their larger obligation to deal with professionally, and to assess honestly, our current national crisis — or, as Gerald Ford referred to Watergate, our “national nightmare”. The news media in particular have been doing a very good imitation of that childhood favorite, “Chicken Little,” who was done in by her own fantasy that the sky was falling – she and her cohorts ended up being eaten by the sly fox.

Among the media and the political class, distorted thinking is driving action, and in some instances inaction, that will leave long-term stains on the nation’s political, social, and economic life. While I can trace the origins of this malignant trajectory backward through several presidential administrations, the most consequential actions to have triggered Trumpism can be placed at the feet of Barack Obama. The Obama Administration disguised a “progressive” agenda (alluring to some, deadly to others) so that it appeared to be traditionally liberal. This successful act of camouflage minimized opposition from the traditional civil libertarian and liberal left.

(“Liberal” politics, as I define the term, connotes politics to the left of the spectrum that protects and indeed emphasizes civil liberties – in particular free speech and due process of law. “Progressivism” is also politics on the left, but without the all-important respect for civil liberties. The right similarly is divided roughly between traditional small-government Republicans and libertarians, in contrast to the troglodyte conservatives who – in terms of thought and temperament – convey a disturbing touch of fascism.)

The Obama agenda was characterized by, among other follies, a variety of progressive bureaucratic initiatives that ripped many lives asunder, recalling the old libertarian joke: “Hello. I’m from your government. I’m here to help you.” Obama’s overreaches were nowhere more toxic than in the area of educational policy. The Obama Department of Education’s Office for Civil Rights (“OCR”), for example, was almost single-handedly responsible for exaggerating a long-running problem involving some degree of campus sexual assault (there was much legitimate debate about whether it rose to the level of a “campus rape crisis”) that produced academic kangaroo courts. The OCR issued unlawful decrees that evaded established legal procedures that would have allowed for comments from the public. This end-run around the law was responsible for an unacceptably high number of false convictions of accused students, some of whom had their outcomes reversed by state and federal judges more wedded to the rule of law. Civil libertarian minded individuals and organizations that called for more due process protections were essentially branded “rape apologists” by the administration and its allies in Congress, myriad special interest groups, and the progressive media.

In the lower grades, similarly foolish and destructive – indeed, reckless – initiatives were common. For example, a perfectly reasonable, rational, and long-overdue liberal gay rights agenda, culminating in gay marriage, a profound vindication of the constitutional notion of “the equal protection of the laws” specifically guaranteed by the Fourteenth Amendment, has now morphed into a battle by progressives seeking to require that transgender high school students be legally allowed to use the locker rooms and bathrooms of their choice according to their designations of their own genders. It would have been prudent and relatively simple to defuse this volatile element of the culture wars by simply requiring school authorities to accommodate the small number of such students via facilities (for example, a faculty lounge toilet or shower) whose adult users would be perfectly comfortable sharing the facilities with gender non-conforming students. But progressive activists and their supporters within the federal civil rights bureaucracy insisted on pushing their own agenda down the throats of culturally conservative citizens in what is, after all, a big and diverse country composed of many groups and sub-groups, each wanting and demanding some degree of recognition, respect and deference.

In other words, culturally conservative citizens are not entitled to “the equal protection of the laws” as envisioned by radical progressives. The progressive activists, in the name of “toleration” as only they define it, appear to be interested in creating “diverse” schools, campuses, and indeed a society where everyone looks different but thinks alike. Toleration of true differences is not to be. Culture war, rather than genuine, meaningful and substantive advancement in the arena of civil and equal rights, is the predictable, and perhaps intentional, outcome of pushing the envelope in such a way. In all out culture war, the other side is the enemy, and the enemy must be destroyed totally.

Into this social and political cauldron, the federal government came. They “helped.” And then Donald Trump was elected President of the United States.

The mess did not begin with the most recent election, despite the wretched and often dishonest and manipulative campaign conducted by Hillary Clinton. Candidate Trump, who matched Clinton in the capacity for dishonesty and manipulation, was the beneficiary of the ascent of progressivism to the detriment of liberalism. A lot of Americans decided that they no longer wished themselves and their children to be pushed around by federal bureaucrats.

I plan, in my forthcoming WGBH/News Freedom Watch “Trump and Liberty” series, to elucidate what I think happened in the 2016 election and how and why I think the damage that preceded it might be reversed. I will explore how the nation can return to a sensible program of national reconciliation and then renewal that will enlist the efforts of individuals and groups spanning the political spectrum who are willing to surrender fantasies and engage with reality, who are eager to work toward creating a nation that will not require that those with deep-seated political, philosophical, religious and moral/ethical beliefs sacrifice their innermost beings in the name of some “ism” that offers little more, in the long run, than illusion and conflict. I will suggest a program honoring true diversity and difference. I will be arguing for a return to the best of conservatism and of liberalism, with the intolerant leftist progressives and the right-wing fascistic troglodytes relegated to the margins, where they deserve to be.

(The research and editorial assistance of Nathan McGuire, for this piece and for the series to come, is gratefully acknowledged.) 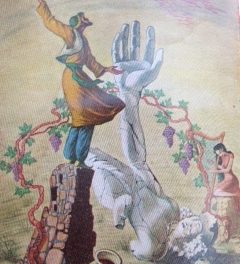 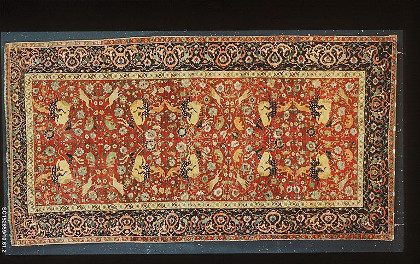 “Carpets for Kings” Exhibition at the Metropolitan Museum 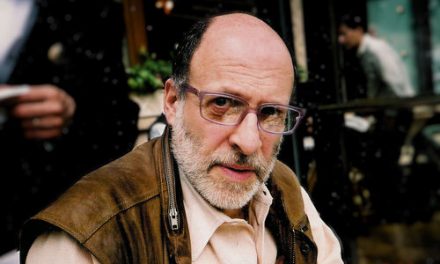 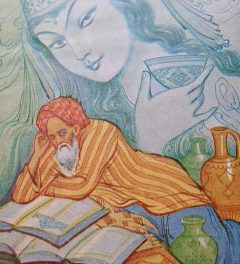