This piece was originally published by WGBH News. Org

To somebody who has been around long enough, the latest high-profile instance of police brutality—the police homicide of George Floyd in Minneapolis—has a distinct flavor of, as the late and great Yogi Berra so succinctly put it, “deja vu all over again.” Police misconduct has been a prominent centerpiece of my legal career in criminal defense and civil liberties work, since very near the start of it until the present day. And I learned from my early encounters with police officers that abuse of citizens (and non-citizens) by the men (yes, mostly men) in blue is not limited to beatings administered to black people.

My first police abuse case arose only two years into my career. A group of Harvard students, with some help from what were (and still are) called “outside agitators,” took over Harvard’s University Hall in a demonstration against suspected complicity by some faculty members in the increasingly unpopular Vietnam War. While occupying the building, the students discovered which faculty members were acting as advisors to the Defense Department in waging the war, after rummaging through records stored in the building (University Hall was a central administrative locus in Harvard Yard).

Harvard President Nathan Pusey, perhaps to his everlasting regret, called in the cops, who arrived from Cambridge and other local police departments in massive numbers, armed with clubs and sidearms and other implements for dealing with mass violence (or threatened, or suspected, or predicted violence). I walked over to watch the scene so as not to have to trust the press reports, and in fact the press reported the carnage quite accurately. (Suspicions of “fake news” did not yet nip at reporters’ heels—that was to come well into the next century.)

My then-law partner Norman Zalkind and I undertook to represent the occupiers when they were tried in Middlesex Superior Court for trespass upon the property of “The President and Fellows of Harvard College,” along with the usual add-on in such cases: “assault and battery on a police officer.” (One of the ironic realities of these kinds of cases is that someone who is mercilessly beaten by a cop is then charged with assault and battery for trying to defend himself by warding off the blows.)

We opted for a trial by jury, with half of the group (nearly one hundred occupiers) tried first, with the rest to follow. To the surprise of nearly everyone, a randomly selected jury of ordinary residents of Middlesex County unanimously voted to acquit our clients. The district attorney, no doubt realizing that the second trial would be a repeat of the first, dropped the charges against the second group of students. We learned later that the acquittal was attributable largely to the disgust the jury had with the police officers who employed brutal tactics while clearing out the occupiers of the building. (By the way, almost all of the occupiers were white.)

A bit later, I had a similar experience. I received a phone call that an MIT student had been arrested and was being held in the lockup at Cambridge Police Headquarters. When I arrived, I found my client bruised and bloodied. One of the police used my client as a punching bag and administered a brutal pummeling. The MIT student was white.

And a bit later, I was called by a hard-left group of self-described Communists that took on the name Juche (patterned after groups of fanatics formed in North Korea). A squad of Cambridge police officers showed up, entered (without a search warrant) the group’s apartment in the Cambridgeport section of The People’s Republic of Cambridge, and ransacked the place (looking, apparently, for drugs and weapons).

I hustled to the scene, knocked on the door, and was faced, when the door opened, by a dour looking, physically imposing Cambridge detective, who asked me what I wanted. I said that I was the lawyer for the Juche, and that I wanted the detective to produce his search warrant. The detective—Dominic Scalese (I’ll never forget his name nor his face nor his physical stature)—pulled out his service revolver and pointed it at my head. I asked him why he was pointing a gun at my head, and he said “because you are assaulting a police officer.” Since I was unarmed, I asked Scalese with what weapon I was supposedly assaulting him. “A sharpened pencil” was his reply. Again, my clients were all white.

I recount these stories in order to make a point that is lost in the current reporting of police brutality inflicted so prominently on black people: In reality, the problem of police brutality and related misconduct is not limited to vicious treatment of black people (although the problem is certainly more widespread and intense in those communities because police hostility and suspicion of those with dark skin are more intense than when dealing with Caucasians or even Hispanics). In this regard, the legacy of slavery has left a seemingly indelible mark. But the problem of police brutality belongs to all of us, and all of us have to solve it.

I have read news editorials and op-eds calling for one or another reform—from citizen police review boards, to sensitivity training for officers, to special prosecutors (state and federal) to bring malefactors to trial (where acquittals, alas, are more likely than convictions). None of these has worked in the past, nor is likely to work in the future. But I have a proposed solution with more promise

President John F. Kennedy, reflecting a burst of youthful idealism that characterized, even if briefly, the era of “Camelot,” created the Peace Corps. Young people joined the organization in large numbers and went abroad to help various impoverished societies improve living conditions. The program continues to this day—one of the more successful such government programs. When I first heard JFK propose the Peace Corps, I immediately had the thought that what the nation really needed was a corps of young, idealistic, well-educated citizens to work in a Peace Corps-type program here in this country, not to promote economic improvement, but instead to work on the problem of police brutality.

I have had many people tell me that my idea is a fantasy, and that such a domestic peace corps would never happen. Police unions would kill the idea in utero. Politicians who hypocritically decry police misconduct would never vote for the funds, would refuse to put their (actually, taxpayers’) money where their mouths are. What I have not heard is any rational argument for why my proposal, if funded, would not work to curb the generations-long epidemic of police abuse of white, black, brown, and yellow citizens and non-citizens alike in this “land of the free and home of the brave.” 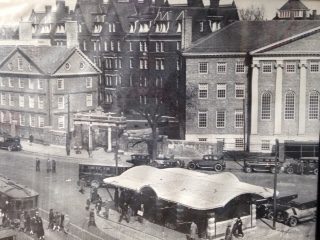 Scenes from the struggle for free speech on campus 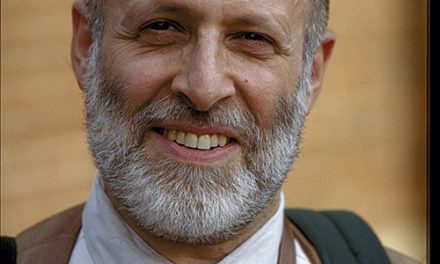 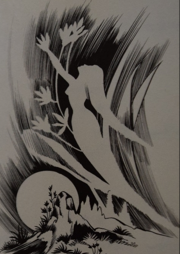 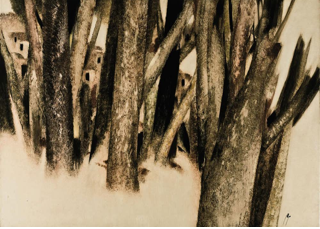